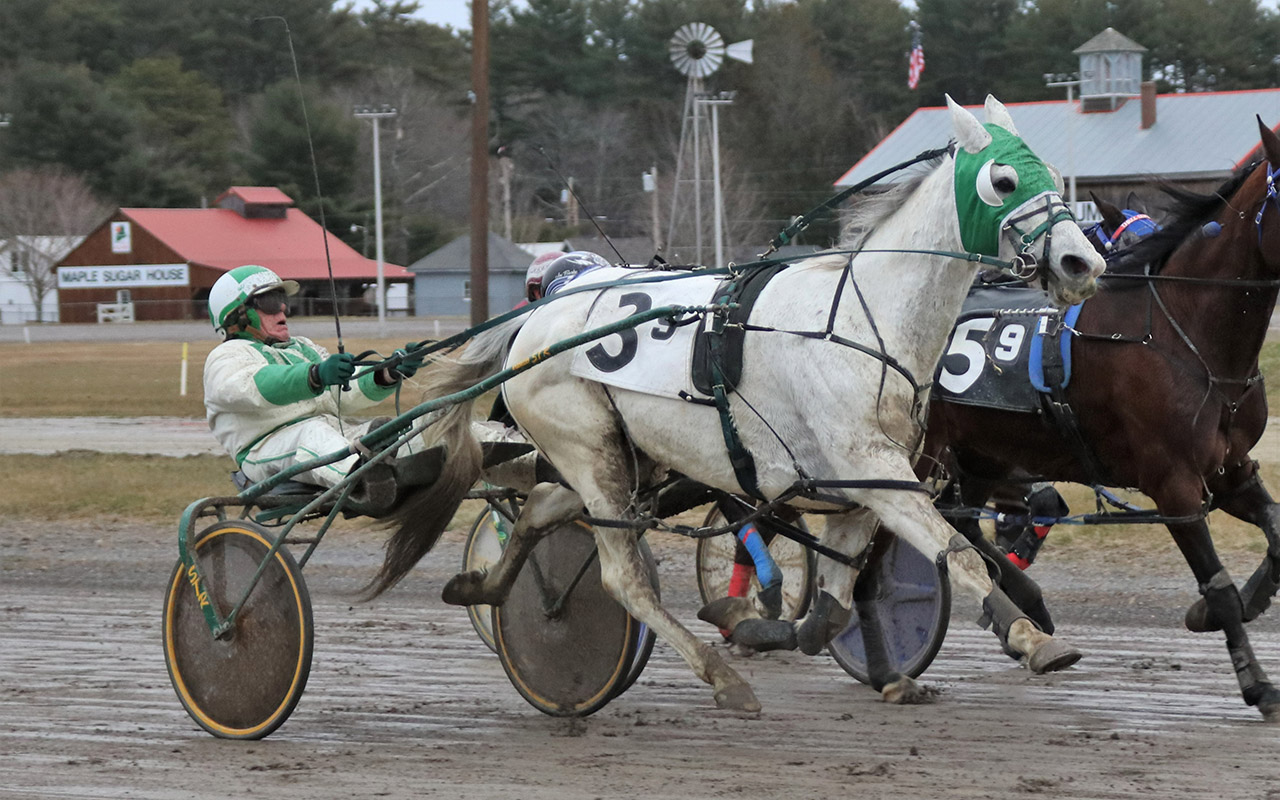 CUMBERLAND, ME – Proving that the first harness racing season win last month was no fluke, 83-year-old Bob Nadeau made three wide passes from the back to win the Maine Amateur Driving Club (MADC) at $ 3,500 Saturday, December 18 with his trusty steed Putnam’s Storm.

Concrete salesman by training, the veteran owner / trainer / driver has worked with Standardbreds since the 1960s. During Saturday’s race, Nadeau observed that the leading horses were starting to tire and put his load in the middle of the track. and won by a pass in 2: 06.2 on a track classified as “heavy”.

Several executives attempted the title, with club president Joe Burke the first to start with Silver Shooter in a 31.1 first quarter but ultimately finished second. After the 3/8 mark, Adam Gray pushed Three New Dawns, 14, up front and continued to set the pace. Dominating by two at the head of the section, Gray found himself in a swarm of graduates and had to settle for third place.

The Maine Amateur Driving Club’s $ 4,000 “Group B” event saw the triumphant return of local favorite Todd Whitney to the bike, also using a three-width backswing to capture his division with Baywood Shadow.

MADC points leader Benson Merrill took control early on with 3-year-old Bettor Attitude posting an opening stanza of 29.3. Series newcomer Brewster Burns finished first beyond a 1: 01.4 halftime, pointing a header ahead as he was parked three-quarter times in 1: 32.4. Whitney and Baywood Shadow took the opportunity to pounce while heading towards the last corner. The betting favorite prevailed by an open length in 2: 05.3 on the heavy track.

Mike Stevenson had two wins on the program, putting him at 1,999 lifetime wins. Leaders Bruce Ranger and Drew Campbell continued their cat-and-mouse game, each with one win each, and are still separated by only one win in the driver standings.

The races resume Monday (December 20) which is the postponement of the Sunday program (December 19), the publication time is 11:00 am. The live cards continue on Wednesday (December 22), which is the final date for the $ 10,000 Rick Cushing Memorial and $ 15,000 Fred Nichols Memorial Late Closers, and Christmas Eve, Friday (December 24).

The extended Winter Festival pari-mutuel reunion continues with live harness racing several days a week until December 31, 2021, which is also the date of our special retirement ceremonies for 14-year-old Standardbred horses.

by Chris Tully, for Cumberland from First Track