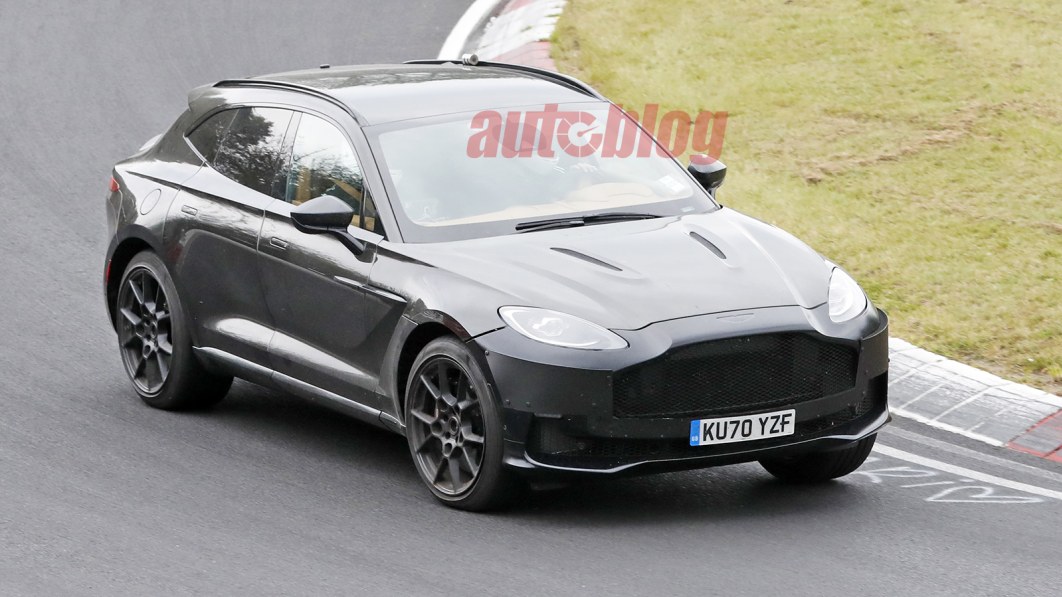 The Aston Martin DBX has only been out for a little over a year, but it looks like Aston has a variant in development. One of our spy photographers caught this prototype in test at the Nürburgring, and it has a noticeably different nose. It makes us think it might have a new engine, especially a big V12.

Most of the prototypes look like any other DBX, but the front end has a number of changes. The main grille appears significantly larger and more open. It doesn’t appear to be a finalized grille shape, as it’s a bit coarse, but it does suggest that they needed more airflow for the engine being used. We can also distinguish slightly more finished design changes up front, like the wide air intake that surrounds the bottom of the main grille.

With the more aggressive front end clearly letting more air into the engine bay, we suspect there’s a big, hot engine powering this prototype. Aston’s biggest and hottest engine is its 5.2-liter twin-turbo V12, which can develop between 630 and 715 horsepower depending on specs. We also know that the V12 fits into the DBX thanks to the previous CEO of Aston.

So it seems pretty likely that this is a V12 DBX, but when will we see it? It’s a variation of an existing model, but it has a rough body, so we think it might be at least a year before we see the production model.