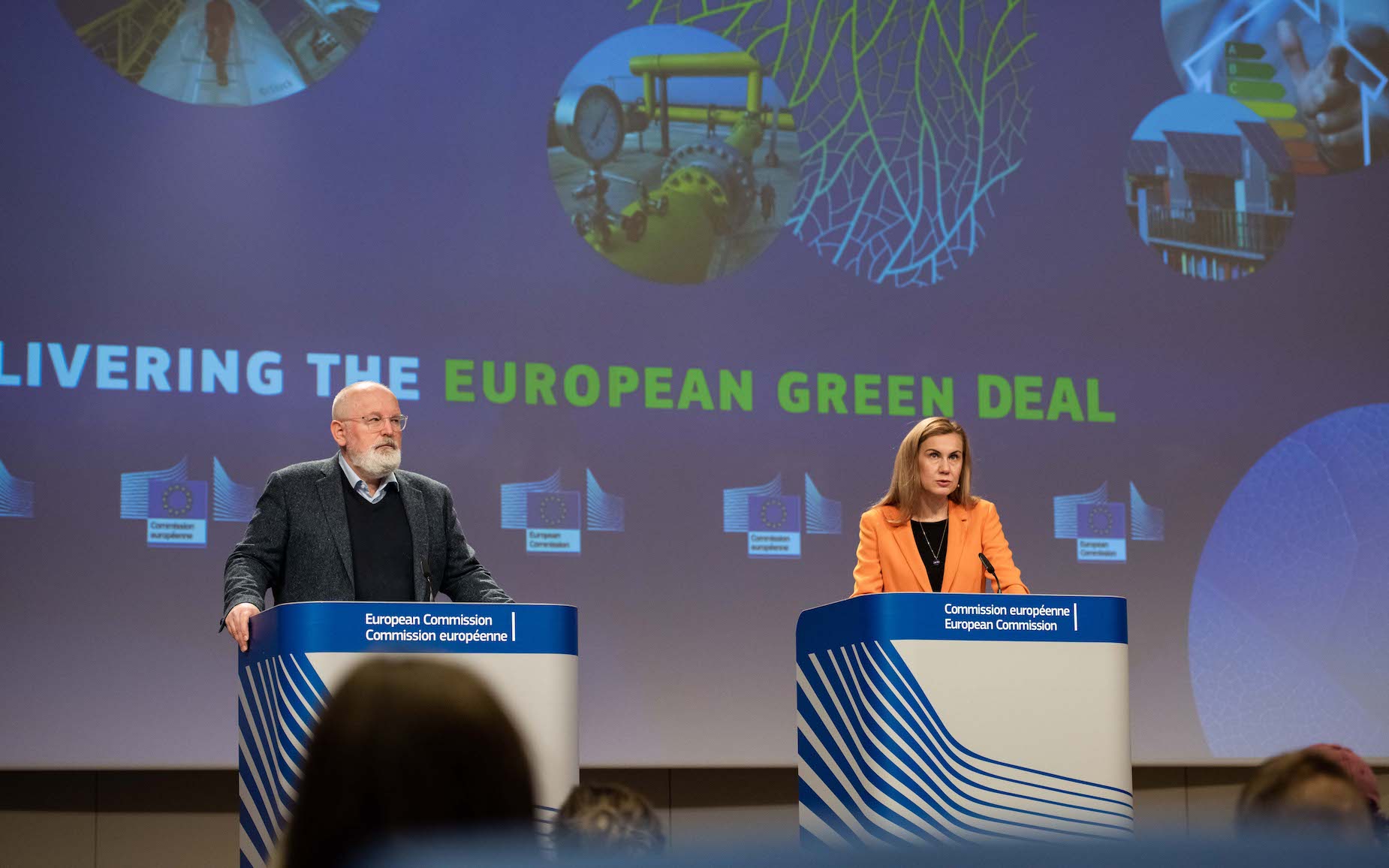 The European Commission adopted on December 15 a series of legislative proposals aimed at decarbonizing the European gas market by facilitating the adoption of renewable and low-carbon gases, including hydrogen, and ensuring energy security for all European citizens. “Europe must turn the page on fossil fuels and switch to cleaner sources of energy,” said the European Commission’s executive vice-president for the European Green Deal. Frans Timmermans said, adding that this includes replacing fossil gas with renewable and low-carbon gases, such as hydrogen. “Today, we are proposing the rules to allow this transition and to build the necessary markets, networks and infrastructures. To tackle methane emissions, we are also proposing a strong legal framework to better monitor and reduce this powerful greenhouse gas, helping us to fulfill the Global Methane Commitment and tackle the climate crisis ”, a- he declared.

The Commission is also following up on the EU’s methane strategy and its international commitments with proposals to reduce methane emissions in the energy sector in Europe and in the global supply chain.

The European Union must decarbonise the energy it consumes to reduce greenhouse gas emissions by at least 55% by 2030 and become climate neutral by 2050, and these proposals will help achieve this goal. , said the Commission.

European Energy Commissioner Kadri simson noted that the proposals presented on December 15 create the conditions for a green transition in the EU gas sector, boosting the use of clean gas. “A key element of this transition is to establish a competitive hydrogen market with a dedicated infrastructure. We want Europe to lead the way and be the first in the world to set the market rules for this important source of energy and storage. We are also proposing strict rules on methane emissions from gas, oil and coal, to reduce emissions in these sectors by 80% by 2030 and to trigger actions on methane outside the EU. Said Simson. “Our proposals also strengthen the security of gas supply and strengthen solidarity between Member States, to counter price shocks and make our energy system more resilient. As requested by Member States, we are improving the coordination of EU gas storage and creating the option of voluntary joint purchase of gas reserves, ”she added.

The Commission’s proposals for a regulation and directive create the conditions for a switch from fossil natural gas to renewable and low-carbon gases, in particular biomethane and hydrogen, and strengthen the resilience of the gas system. One of the main objectives is to establish a market for hydrogen, to create an environment conducive to investment and to allow the development of dedicated infrastructures, including for trade with third countries. The market rules will be applied in two phases, before and after 2030, and will cover in particular access to hydrogen infrastructure, the separation of hydrogen production and transport activities and the setting of tariffs.

A new governance structure in the form of the European Network of Hydrogen Network Operators (ENNOH) will be created to promote dedicated hydrogen infrastructure, cross-border coordination and construction of an interconnection network, and develop specific technical rules.

The proposal foresees that the national grid development plans should be based on a common scenario for electricity, gas and hydrogen. It should be aligned with national energy and climate plans, as well as the EU-wide 10-year grid development plan. Gas network operators must include information on infrastructure that may be decommissioned or reassigned, and there will be separate reports on the development of the hydrogen network to ensure that the construction of the hydrogen system is based on a projection. realistic demand.

According to the Commission, the new rules will facilitate access for renewable and low-carbon gases to the existing gas network, by removing tariffs for cross-border interconnections and lowering tariffs at injection points. They are also creating a low carbon gas certification system, to complement the work started in the Renewable Energy Directive with the certification of renewable gases. This will ensure a level playing field in assessing the total greenhouse gas emissions footprint of different gases and allow Member States to compare them effectively and take them into account in their energy mix. In order to avoid locking Europe into fossil natural gas and to make more room for clean gas in the European gas market, the Commission proposes that long-term contracts for unreduced fossil natural gas should not be extended beyond 2049.

Another priority of the package is consumer empowerment and protection. Reflecting the provisions already applicable in the electricity market, consumers can change supplier more easily, use efficient price comparison tools, obtain accurate, fair and transparent billing information and have better access to data and information. new smart technologies. Consumers should be able to choose renewable, low-carbon gases over fossil fuels.

At the same time, in a first-ever EU legislative proposal on reducing methane emissions in the energy sector, the Commission said it would require the oil, gas and coal sectors to measure, report and verify methane emissions, and offers strict rules for detecting and repairing methane leaks and limiting ventilation and flaring. It also offers global monitoring tools to ensure transparency of methane emissions from oil, gas and coal imports into the EU, which will allow the Commission to consider further actions in the future.

The proposal would establish a new EU legal framework to ensure the highest standard for measuring, reporting and verifying (MRV) methane emissions. The new rules would require companies to measure and quantify their methane emissions at the asset level at the source and to conduct comprehensive investigations to detect and repair methane leaks in their operations. In addition, the proposal prohibits ventilation and flaring practices, which release methane into the atmosphere, except under narrowly defined circumstances. Member States should also establish mitigation plans, taking into account methane mitigation and methane measurement from abandoned mines and inactive wells.

Finally, with regard to methane emissions from EU energy imports, the Commission has proposed a two-step approach. First, importers of fossil fuels will be required to submit information on how their suppliers measure, report and verify their emissions and how they mitigate those emissions. The Commission has announced that it will establish two transparency tools that will show the performance and reduction efforts of countries and energy companies around the world to reduce their methane emissions: a transparency database, where data reported by EU importers and operators will be made available to the public; and a global monitoring tool to show methane-emitting hot spots inside and outside the EU, harnessing our global leadership in environmental monitoring via satellites.

As a second step, to effectively tackle emissions of imported fossil fuels throughout the supply chain to Europe, the Commission will engage in diplomatic dialogue with our international partners and revise the methane regulation by 2025 with a view to introducing stricter measures on fossil fuels matters once all the data are available.